With so much media attention focused on shootings in public places, you may be wondering whether your church could be found legally liable if a shooting takes place there. A recent Virginia State Supreme Court ruling on the Virginia Tech University shooting case could set the precedent.

The Virginia Tech shooting took place in April of 2007 when an armed assailant killed 32 people and injured many more. A lawsuit was brought by the families of two victims, and the court found the university to be liable for the shooting. It awarded $4 million to each family. The university appealed the ruling to the Virginia State Supreme Court, which ruled that the university was not liable. The reason? It was not foreseeable for them to have anticipated the shooting.

If you think you must take extensive precautions to protect against an armed shooting because you fear your church will be liable if you don’t, it's important to realize that liability is based on how foreseeable the incident was.

How is foreseeability decided?

As in the Virginia Tech case, a court would use the following four questions to evaluate foreseeability if a shooting were to take place on your property:

Even if a shooting could be considered foreseeable, many courts have said it’s nearly impossible to prevent these kinds of crimes. Historically, dedicated armed assailants are able to overcome protective measures, including metal detectors and armed police officers. In fact, Virginia Tech had its own police force on campus when the shooting occurred, but that did not prevent the incident.

Bottom Line: If a shooting happens on your premises, it’s unlikely your church will be found legally liable for injuries or deaths that occur.

I want to protect my church. What can I do?

Ironically, while most churches rightly desire to protect their congregations, taking steps to increase security can actually raise your liability. This often happens when a church uses unqualified people to provide security. For that reason, it’s not a good idea to have a security team that is allowed to carry concealed weapons on your premises without a vetting process. If an armed assailant gets multiple guns fired at him, innocent bystanders could easily be killed or injured—a scenario that poses significant legal risk to the church.

Follow these best practices to protect your congregation and reduce church liability: 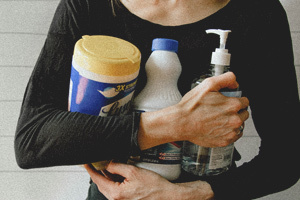 Defend Yourself Against Fraud